A calm and beautiful night. The full moon rises in silence over the river, which is serenely carrying chunks of ice through the golden stripe of reflection. Rampaging floods, ripping trees out by the roots, endless rain? Who, us? 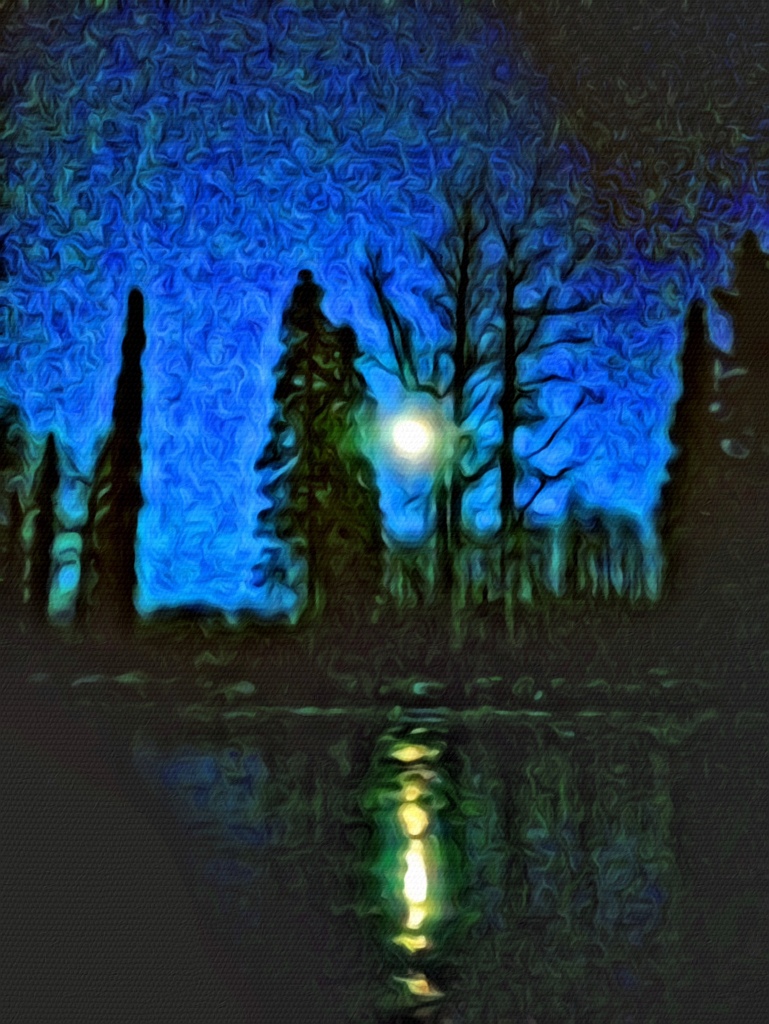 Wednesday night, September 19th it was pouring rain all night. This was not remarkable at the time, since it had already been pouring rain for as long as anyone in town could remember. The river roared all night, as it did every night, invisible in the autumn darkness. A soggy Thursday morning dawned, eventually, and I reluctantly crawled out of a warm bed and glanced out the window at the dog yard, as always. Suddenly,?as Han Solo would say, I had a very bad feeling. The back of the dog yard is framed by a nice big clump of birch on the river bank. 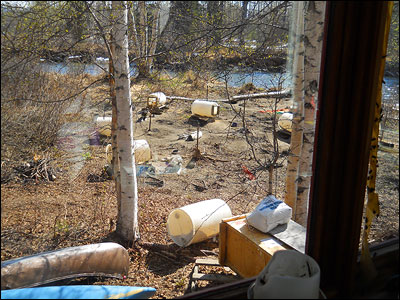 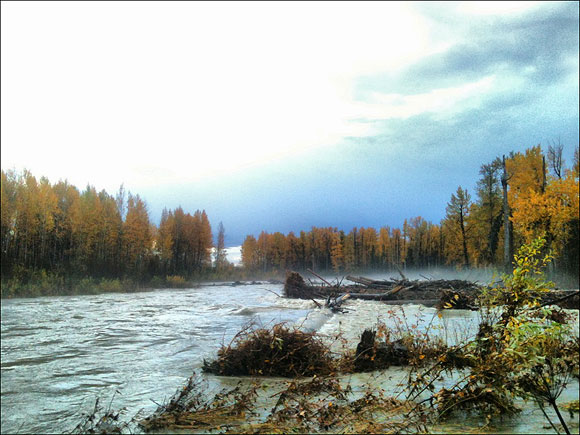 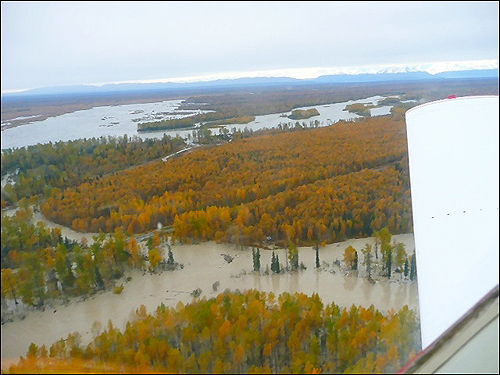